If you’ve been to France, you would probably agree that the French make the best bread around Whether it’s the smell, the crackling of the crust, the warmth of the bread, or the moist center, you’ve got to give them credit. It’s no wonder that 70% of French people buy locally made fresh bread.

The French have created dozens of different types of bread. Unfortunately, we don’t have the time to go over each of them – we would truly be here all day. That said, we’re going to take you through six classic types of French bread, all of which we’ve gotten to know and love over the years.

What Makes French Bread So Great?

French bread did not get its fabulous reputation by accident – there are processes and rules that make French bread so exceptional. Here are three main reasons why French bread is so great:

Yes, there are laws surrounding how to make French bread - the French Bread Law of 1993 - which actually dictates the way French bread should be both produced and sold in France. A boulangerie is not allowed to sell bread that is made from pre-made dough and a baguette must follow specific weight and length requirements. French bread must contain no preservatives and can only consist of flour, salt, yeast, and water. The dough is fermented naturally with no chemical additives to speed up the process. 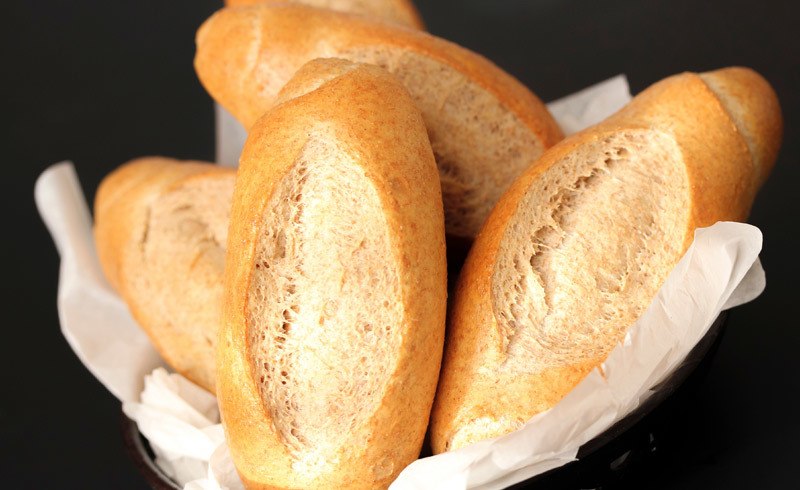 The flour will have a different taste depending on where it was made. There are several reasons for this, including the climate it’s grown in, soil conditions, microbes in the water, and the type of yeast used. French flour also contains less ash than American flour plus it is unprocessed and lower in protein.

In the 18th century, the French were certainly not known for their exceptional baguettes. In fact, finding flour in France was rare and what was available was both expensive and of poor quality. This was one of the causes of the 1789 French Revolution and was followed by the new French government setting maximums for bread prices and supplying bread to the French people as a show of political strength. Eventually, bread became an essential part of the French diet and it was important that they did not ever see chemicals, preservatives, or fillers in their bread. They also started to believe that it was impossible to over-indulge on bread. We like the way they think!

Here’s a simple guide to six classic types of French bread. Hopefully, you’ve tried every last one of these delectable loaves but, if not, here’s some new inspiration to try them! 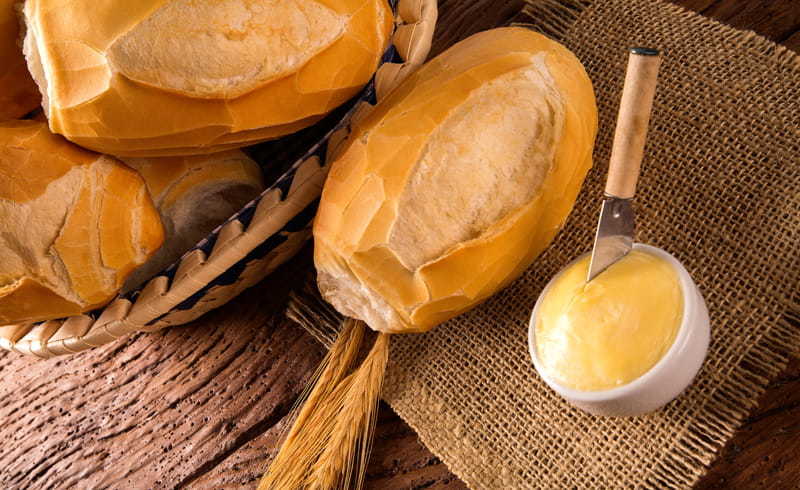 We hope you enjoyed our simple guide to six classic types of French bread. We don’t know about you but the thought of all these delectable French loaves have gotten us ready to jet off to Paris. If you can’t leave right this minute, though, your local fresh bakery may have to do.

The light, puffy, and sweet brioche is one of the most famous and beloved types of French bread and is used for everything from hamburger buns to French toast. Brioche is not your typical bread – yes, it uses ingredients that you’d commonly find in most breads but with much more butter and eggs. It is considered a Viennoiserie which means that it is made the same way as other bread but with added ingredients. The process of baking Brioche is delicate and requires it to proof twice. Brioche is an absolute must try if you’re in France but be warned – you may not feel the need to eat anything but Brioche for the rest of your life (or at least, for the rest of your trip to France).

When you think of France, one of the images that probably comes to mind is a local walking elegantly down the street with a long loaf of bread tucked under his arm. Yes, this is the long, thin loaf of bread that’s dough and length are defined by French law. According to the French Bread Law of 1993, the baguette must weigh anywhere from 250-300 g and measure 55-65 cm long. The French also created a demi-baguette, which is a sandwich-sized loaf of bread not subjected to the same requirements. 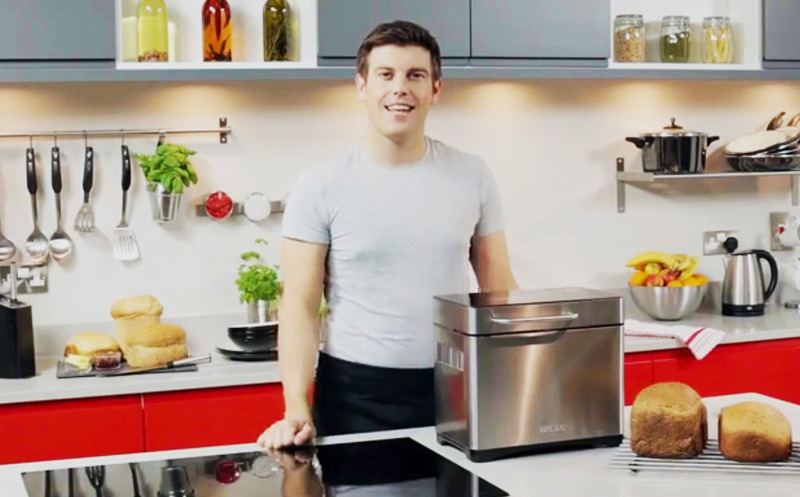 This French bread is translated to “country bread” and is also known as “French sourdough”. This loaf is typically made from a mixture of white and whole-wheat or rye flour and is round with a chewy, thick crust. Pain de Campagne is made from simple ingredients – a starter, flour, water and salt. The typical “slashes” that you’ll find on the round top of these loaves were both used traditionally to identify the loaves in communal ovens and stop bubbles from forming at the top of the dough.

Fougasse’s origins go back to ancient Rome but is typically associated with Provence in the south of France. Fougasse is a flatbread similar to the Italian focaccia. It is most often baked to resemble a leaf or a sheath of wheat and is one type of French bread where ingredients are both added to the dough and used as toppings to create a full appetizer. These are often local ingredients like olives, olive oil, sundried tomatoes, anchovies, herbs, and salt and pepper.

Not to be confused with the baguette, Ficelle is longer, skinnier, and is quite literally translates to “string”. It is often sprinkled with cheese or sesame seeds and is made with a bread flour, an all-purpose flour, or a combination of the two, similar to the baguette. Although the length is not far from a baguette, it is only about half the weight making it a much lighter loaf.

Pain complet translates to “complete bread” and is a whole meal or whole-wheat loaf. There is not a whole lot to be said about this delicious brown bread other than it has a medium-fine crumb and is made with a mix of white bread flour and whole-wheat flour.