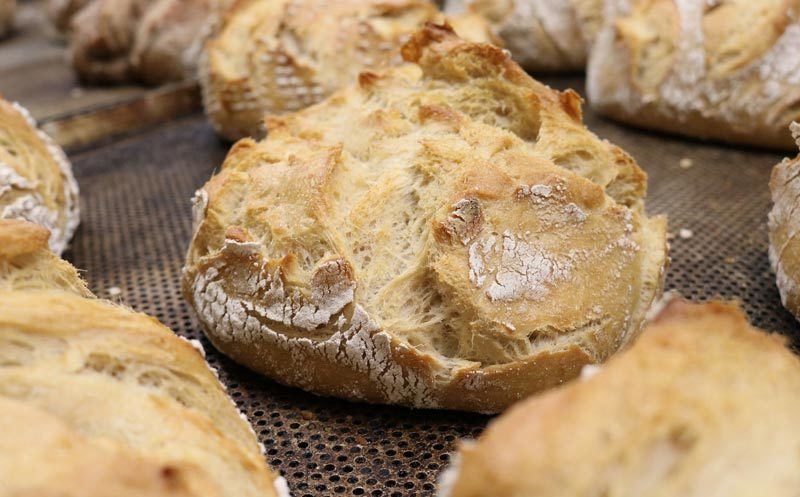 Bread is a favorite family staple. It can be turned into tasty sandwiches or served as a side with dinner. It may be delicious, but bread is chock full of carbs and sugar.

We’re going to go into all the nutritional details about sourdough bread and even have a great sourdough recipe that you can use in your bread machine.

What is Sourdough Bread?

Sourdough bread is a leavened bread and one of the most natural types out there. Believe it or not, it’s been around for centuries. In fact, it’s one of the oldest forms of grain fermentation and can be traced back to 3000 B.C. in Egypt

The story goes that the Egyptians came across the leavened process entirely by accident after someone left grain and water mixed together outside for a long period of time.

When they came back, they knew something was happening. They could see the natural yeast (commonly referred to as wild yeast) going to work, bubbling and growing.

The Egyptians made large amounts of sourdough bread, enough to feed entire cities. Soon, they taught the Greeks how to make the bread properly and it spread from there.

During the Gold Rush in Alaska and California, gold miners lived off leavened bread. It was cheap to make and took longer to grow moldy. It was the perfect choice when they were out mining for gold and gone for months at a time.

With the boom in artisan bakeries around the U.S., sourdough is making a comeback.

What makes sourdough bread so different is that instead of adding yeast to make it grow, it creates its own natural yeast.

Lactobacillus and acetobacillus (both good types of bacteria) change the state of the flour and water by creating lactic acid. These good bacteria are also what gives sourdough bread the unique taste you won’t find in other types of bread.

The natural yeast in the flour works with the lactic acid, making the bread rise by fermenting the sugars in the dough. Since it’s eating up most of the sugar in the flour, you absorb fewer carbs and less sugar when you eat it than you do from other types of bread.

This process takes longer than many other forms of bread but it’s great for low carb diets like the Paleo or the keto diet.

The Nutritional Facts of Sourdough Bread 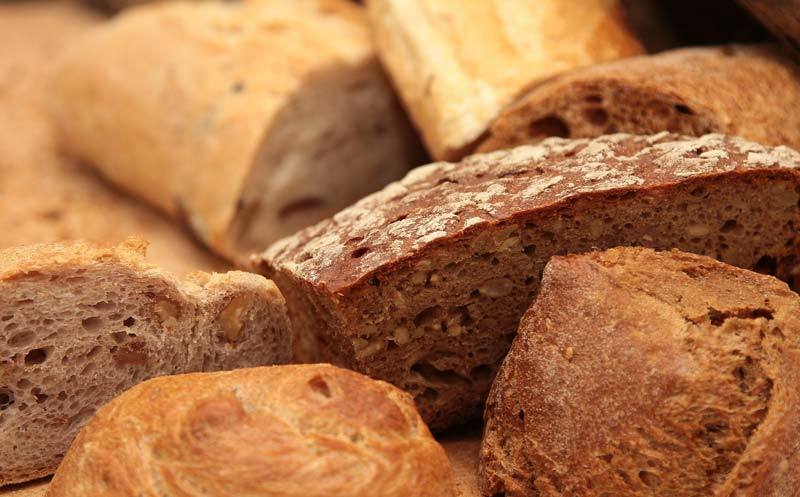 Here are the basic nutritional facts of sourdough bread based on one serving or one slice. Each serving, for this purpose, should weigh around 2.2 ounces or 64 grams.

Every recipe is different so there are several variables from one loaf to another so keep in mind that these aren’t concrete numbers. Figures will vary depending on added ingredients in your bread or the type of flour you use.

The Health Benefits of Sourdough Bread

There are several health benefits to eating sourdough bread which is why it’s so popular with people trying to eat healthily.

Here are the biggest benefits of sourdough bread and what makes it stand out from other breads.

The health benefits of sourdough bread are numerous. If you’re looking to eat better, sourdough bread is a great choice. You can find it in any bakery and it’s super easy to make.